“All parties should cooperate to stop the cycle of violent crimes and ensure those responsible for all crimes are arrested and prosecuted. The violent crimes being committed by some members of the opposition cannot justify killings, injuries, and wrongful arrests by the government.”
Brad Adams, Asia director

(New York) – With no end in sight to politically motivated violence and other abuses in Bangladesh, state authorities need to ensure their response respects the rights of all and avoids arbitrary use of force, arrests, and disappearances, Human Rights Watch said today.

Over the past month, nearly 60 people have been killed, hundreds injured, and thousands arrested across the country. All political leaders should give clear statements that their supporters should not use unlawful violence.

“All parties should cooperate to stop the cycle of violent crimes and ensure those responsible for all crimes are arrested and prosecuted,” said Brad Adams, Asia director. “The violent crimes being committed by some members of the opposition cannot justify killings, injuries, and wrongful arrests by the government.”

The violence and clampdown by government security forces began in early January 2015, with protests to mark one year since the controversial 2014 elections which saw the ruling Awami League party win a landslide victory after an opposition boycott of the polls. The government’s tactics to contain the violence echo previous violations including arbitrary arrests and killings, and enforced disappearances. The current cycle of opposition violence, including deadly arson attacks, follows the same pattern as documented by Human Rights Watch a year ago, when more than 500 people were killed in the 2014 election-related violence.

Human Rights Watch noted that one of the most horrific aspects of the violence in Bangladesh are petrol bomb attacks, often hurled indiscriminately at private vehicles attempting to pass through strikes and transport blockades called by the opposition. Since most Bangladeshis rely on daily wages, they end up at risk of attack while traveling for work.

On February 3, 2015, seven people died when a petrol bomb was thrown at a night bus carrying about 60 people from Cox’s Bazaar to Dhaka. Sixteen others were injured in the attack, and the bus was completely charred. On February 5, the driver and passenger of a truck in Bogra died when their vehicle was petrol bombed.

A police officer injured in a separate petrol bomb attack on January 17 died on February 5 as a result of his injuries.

Since early January, human rights activists put the estimate of dead at the hands of opposition members at 41, many due to such arson attacks. In addition to the dead, several hundreds have been injured over the course of the last month.

Journalists report that the burn units in Dhaka hospitals are filled beyond capacity with victims of these attacks.

The leadership of both political parties have repeatedly blamed the other side and denied their parties are responsible. On February 5, for example, Khaleda Zia, leader of the opposition Bangladesh National Party (BNP), denounced the violence but continued to pin the blame entirely on members of the Awami League in spite of credible allegations that members of her own party are involved in these attacks.

An estimated 17 other people have died at the hands of security forces, with the majority belonging to the BNP and the Jamaat-e-Islaami parties or their student wings. As is often the case, some of these deaths are described by police as occurring during crossfire or shootouts. In other cases, police simply report finding a dead body with gunshot wounds but family members report that the victim had last been taken into custody by security forces. The government has taken no action to reign in the excessive use of force, nor to investigate and prosecute those responsible.

Instead, Prime Minister Sheikh Hasina is quoted in the media saying that she has authorized the security forces “to take any action whenever and wherever deemed necessary” to stop the arson attacks. Although she stopped short of issuing threatened directives to shoot suspected arsonists on sight, the message coming from her office only encourages further security services excesses.

“The government has the responsibility to enforce law and order and protect citizens but security forces should know that they will be held accountable for violating human rights,” Adams said. “Bangladesh has a long history of permitting security forces to commit excesses in order to control crime, and it is leading to the collapse of rule of law and blood on the streets.”

The security forces have arrested over 7,000 members of the main opposition parties, including some main leaders. The government has also moved to isolate Khaleda Zia, the leader of the BNP. Zia was placed under effective house arrest in her offices on January 3 for over two weeks when the protests first started. Although the security cordon and the padlocks on the gates have since been removed, the government cut off the electricity and Internet connection to her offices over the weekend of January 31-February 1. Additionally, the government has threatened to file murder charges against Zia for the arson-related deaths, which would pave the way to her arrest.

The government has also imprisoned several Jamaat leaders and hundreds of their supporters. Many others are in hiding fearing arrest.

Some countries, including the United States and United Kingdom, have called for an end to the violence. India, whose opinion would count with Bangladeshi political parties, should also renew their call for an end to the abuses.

“The abuses in Bangladesh can no longer be ignored by the world,” Adams said. “The political leadership needs to hear strongly that unless this bloodletting stops, it will impact their standing with other countries.” 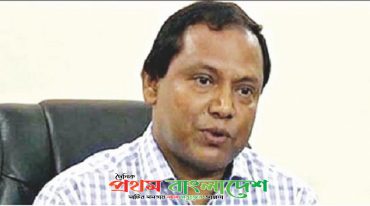 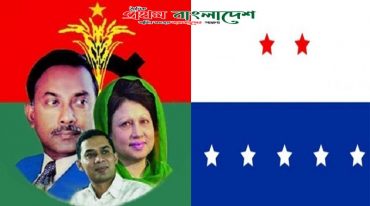